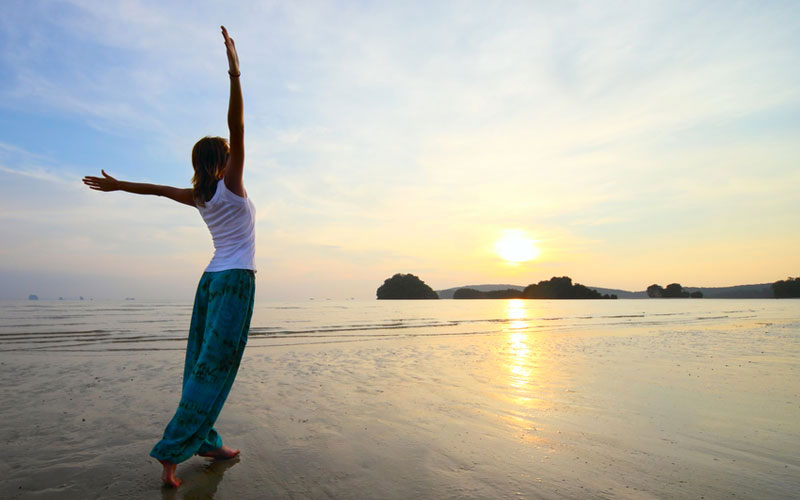 Looking for the best freedom quotes? We’ve compiled a list of top 90 inspirational quotes and sayings about freedom, being free.

“Money won’t create success, the freedom to make it will.” – Nelson Mandela

“Live free or die: Death is not the worst of evils.” – General John Stark

“Freedom consists not in doing what we like, but in having the right to do what we ought.” – Pope John Paul II

“What then is freedom? The power to live as one wishes.” – Marcus Tullius Cicero

“It is easy to take liberty for granted, when you have never had it taken from you.”

“Better to die fighting for freedom then be a prisoner all the days of your life.” – Bob Marley

“The only way to deal with an unfree world is to become so absolutely free that your very existence is an act of rebellion.” – Albert Camus

“I prefer liberty with danger to peace with slavery.” – Jean-Jacques Rousseau

“Education is the key to unlock the golden door of freedom.” – George Washington Carver

“I would like to be remembered as a person who wanted to be free… so other people would be also free.” – Rosa Parks

“I find only freedom in the realms of eccentricity.” – David Bowie

“Freedom – to walk free and own no superior.” – Walt Whitman

“I’d like to be remembered as a person who wanted to be free and wanted other people to be also free.” – Rosa Parks

“I would rather die in freedom on my way back home than starve to death here.” – Morning Star “We cannot defend freedom abroad by deserting it at home.” – Edward R. Murrow

“The most important kind of freedom is to be what you really are. You trade in your reality for a role. You give up your ability to feel, and in exchange, put on a mask.” – Jim Morrison

“If you’re not ready to die for it, put the word ‘freedom’ out of your vocabulary.” – Malcolm X

“When a truth is not given complete freedom, freedom is not complete.” – Vaclav Havel

“I stand for freedom of expression, doing what you believe in, and going after your dreams.” – Madonna Ciccone

“The cost of freedom is always high, but Americans have always paid it. And one path we shall never choose, and that is the path of surrender, or submission.” – John F. Kennedy

“We gain freedom when we have paid the full price.” – Rabindranath Tagore

“I believe that freedom of speech and freedom of religion go hand-in-hand in America.” – Kirk Cameron “Freedom is the right to tell people what they do not want to hear.” – George Orwell

“Art is the daughter of freedom.” – Friedrich Schiller

“The secret of freedom lies in educating people, whereas the secret of tyranny is in keeping them ignorant.” – Maximilien Robespierre

“The greatest threat to freedom is the absence of criticism.” – Wole Soyinka

“Freedom is always and exclusively freedom for the one who thinks differently.” – Rosa Luxemburg

“A place of freedom is the best place to have the most creativity.” – Matt McGorry

“True freedom requires the rule of law and justice, and a judicial system in which the rights of some are not secured by the denial of rights to others.” – Jonathan Sacks

“The liberties of a people never were, nor ever will be, secure, when the transactions of their rulers may be concealed from them.” – Patrick Henry “There is no such thing as part freedom.” – Nelson Mandela

“Freedom is something that dies unless it’s used.” – Hunter S. Thompson

“To enjoy freedom we have to control ourselves.” – Virginia Woolf

“Our freedom can be measured by the number of things we can walk away from.” – Vernon Howard

“Ultimately we know deeply that the other side of every fear is freedom.” – Marilyn Ferguson

“Freedom means the opportunity to be what we never thought we would be.” – Daniel J. Boorstin

“Freedom is a struggle, and we do it together. Not only together as black citizens, but black and white together.” – Andrew Young

“I wish that every human life might be pure transparent freedom.” – Simone de Beauvoir

“Man is free at the moment he wishes to be.” – Voltaire “A friend is someone who gives you total freedom to be yourself.” – Jim Morrison

“Just living is not enough… one must have sunshine, freedom, and a little flower.” – Hans Christian Andersen

“Love does not claim possession, but gives freedom.” – Rabindranath Tagore

“I want to give myself the freedom not to have to be projecting my whole life ahead.” – Robert Downey, Jr.

“Seek freedom and become captive of your desires. Seek discipline and find your liberty.” – Frank Herbert

“Freedom is the open window through which pours the sunlight of the human spirit and human dignity.” – Herbert Hoover

“I’ve learned that fear limits you and your vision. It serves as blinders to what may be just a few steps down the road for you. The journey is valuable, but believing in your talents, your abilities, and your self-worth can empower you to walk down an even brighter path. Transforming fear into freedom – how great is that?” – Soledad O’Brien

“This is the highest wisdom that I own; freedom and life are earned by those alone who conquer them each day anew.” – Johann Wolfgang von Goethe

“Freedom is what you do with what’s been done to you.” – Jean-Paul Sartre “My definition of a free society is a society where it is safe to be unpopular.” – Adlai Stevenson

“True independence and freedom can only exist in doing what’s right.” – Brigham Young

“Every human has four endowments – self awareness, conscience, independent will and creative imagination. These give us the ultimate human freedom… The power to choose, to respond, to change.” – Stephen Covey

“Instead of trying to make your life perfect, give yourself the freedom to make it an adventure, and go ever upward.” – Drew Houston

“Certainly one of the chief guarantees of freedom under any government, no matter how popular and respected, is the right of citizens to keep and bear arms.” – Hubert H. Humphrey

“Friends can help each other. A true friend is someone who lets you have total freedom to be yourself – and especially to feel. Or, not feel. Whatever you happen to be feeling at the moment is fine with them. That’s what real love amounts to – letting a person be what he really is.” – Jim Morrison

“All the great things are simple, and many can be expressed in a single word: freedom, justice, honor, duty, mercy, hope.” – Winston Churchill

“There must be freedom for all to live, to think, to worship, no book, no avenue must be closed.” – James Larkin “For to be free is not merely to cast off one’s chains, but to live in a way that respects and enhances the freedom of others.” – Nelson Mandela

“A hero is someone who understands the responsibility that comes with his freedom.” – Bob Dylan

“Grace is the beauty of form under the influence of freedom.” – Friedrich Schiller

“Freedom is never given; it is won.” – A. Philip Randolph

“Freedom is never more than one generation away from extinction. We didn’t pass it to our children in the bloodstream. It must be fought for, protected, and handed on for them to do the same.” – Ronald Reagan

“If liberty means anything at all, it means the right to tell people what they do not want to hear.” – George Orwell

“People demand freedom of speech as a compensation for the freedom of thought which they seldom use.” – Soren Kierkegaard

“Financial freedom is available to those who learn about it and work for it.” – Robert Kiyosaki

“A big part of financial freedom is having your heart and mind free from worry about the what-ifs of life.” – Suze Orman “When freedom does not have a purpose, when it does not wish to know anything about the rule of law engraved in the hearts of men and women, when it does not listen to the voice of conscience, it turns against humanity and society.” – Pope John Paul II

“You don’t have to be a man to fight for freedom. All you have to do is to be an intelligent human being.” – Malcolm X

“Freedom of speech means freedom for those who you despise, and freedom to express the most despicable views. It also means that the government cannot pick and choose which expressions to authorize and which to prevent.” – Alan Dershowitz

“Too much freedom can lead to the soul’s decay.” – Prince

“There is no such thing as a little freedom. Either you are all free, or you are not free.” – Walter Cronkite

“None can love freedom heartily, but good men; the rest love not freedom, but licence.” – John Milton

“Experience should teach us to be most on our guard to protect liberty when the Government’s purposes are beneficent. Men born to freedom are naturally alert to repel invasion of their liberty by evil-minded rulers. The greatest dangers to liberty lurk in the insidious encroachment by men of zeal, well meaning but without understanding.” – Justice Louis Brandeis